The 11th Hour Proverbial Clock Is Ticking:  ​ In Jesus's time the hours were counted from dawn until dusk, with the twelfth hour bringing darkness, and so the eleventh hour was the last hour before dark.

FACT: White House Says: "Children should go back to school even if studies show they spread coronavirus".  How Many Sick Children and Teachers Are Worth It?  What About The Ones That Die?  What is it going to take before Christians come together and stand up for what is right?​

WHAT  EVERY  CHRISTIAN  SHOULD  KNOW
WARNING: FROM LORDS GLORY MINISTRY #2
“The earth also was corrupt before God, and the earth was filled with violence. And God looked upon the earth, and, behold, it was corrupt; for all flesh had corrupted his way upon the earth. And God said unto Noah, The end of all flesh is come before me; for the earth is filled with violence through them; and, behold, I will destroy them with the earth. Genesis 6:11-13”.
​WARNING: FROM LORDS GLORY MINISTRY #3
The Advice and Warnings Of Jesus To Prepare Us for This Time.
Matthew 24: Verses 4-5 ,11, 24 – LET NO MAN DECEIVE YOU – The very first thing Jesus tells us is to be extra careful about not being deceived in spiritual matters by men because many false prophets and those professing they are of Christ will deceive many (as they are deceived themselves).  Notice Jesus said MANY. This could include being careful not to attend religious meetings were a false anointing is in operation, speaking the word God.  Government Politicians lead you without first seeking God for Directions; Broken Promises by Lending and Banking Institutions, because they feel that you are not a good candidate for a loan; and Friend and Relatives who turn their back to you, in times of need.  “Christ” means “the anointed one.” We can know if something is false or true by seeing if it lines up with the Word of God.  If it does not agree with the Word of God, and if it does not reflect the nature of Jesus then it is not from God.)
​FACT: Hundreds of US cities could be without air travel
Date: 3/16/2020  "We could be on the way of fundamentally changing the air transportation system in the United States," said Faye Malarkey Black, the CEO of the Regional Airline Association. "History says once a city loses service, it doesn't come back. These are the first shutdowns, but if we don't get the help, and get it fast, this definitely won't be the last."
FACT: Businesses ask for hundreds of billions of dollars
DATE: 3/16/2020 - New York (CNN Business): Several American industries that have been decimated by the coronavirus outbreak are asking for federal bailouts. The price tag reaches into the hundreds of billions of dollars.  The nation's restaurants need a massive $325 billion bailout, according to the industry's trade group. It is by far the largest request for help of any industry so far.
FACT: Coronavirus has plunged the world into a recession
DATE: 3/16/2020 - New York (CNN Business): The coronavirus outbreak has plunged the world's economy into a global recession, according to S&P Global.  The credit-rating agency, which determines the credit worthiness of governments and companies around the world, said Tuesday that the virus has severely disrupted economic activity -- far more drastically than previous estimates. It said the damage to economic activity is about to get worse in United States and Europe.
FACT: JOBLESS CLAIMS  HAVE EXCEEDED 51,000,000  7/15/2020
_______________________________________________________________________________
UPDATE: July 15, 2020 -
Published by: Paul Davidson USA TODAY
A broad measure of layoffs in the U.S. likely declined again but remained elevated last week, pushing the total during the coronavirus-induced economic crisis over the past four months above a staggering 51 million.

The decisions by more than 20 states to pause or reverse the reopening of restaurants, bars, gyms, movie theaters and other outlets, could spark a new wave of layoffs, especially in hard-hit states like Texas, Florida, Arizona and California, and possibly even push the claims totals higher.

The record wave of Americans applying for jobless benefits is still climbing by a few million a week, but the more important figure to watch is the number of people actually collecting unemployment benefits. That will give a better idea of how much damage the coronavirus has done to the economy.

Such an increase would push new claims since the coronavirus pandemic began in mid-March to a seasonally adjusted 39 million — almost one of five workers in the labor force.
​
UPDATE: May 9, 2020 - US Weekly Jobless Claims Total 3.169 Million
Published by: Jeff Cox, CNBC News

First-time filings for unemployment insurance hit 3.17 million last week, bringing the total to 33.5 million over the past seven weeks, the Labor Department reported Thursday. The total was slightly higher than the 3.05 million expected by economists surveyed by Dow Jones and below the previous week’s 3.846 million, which was revised up by 7,000.

​
​UPDATE: APRIL 1, 2020 - Jobless claims will be huge In The Weeks to Come
Published by: Patti Domm, Market Insider
Economists say millions filed for jobless claims for the week ending March 28, but many more millions are still expected in the weeks to come.  Still, economists expect April’s monthly report to show the loss of millions of workers, and the total of job losses could be double those in the financial crisis but over a much shorter period.


UPDATE: MAR 26, 2020 - Labor department figures show the number of claims rose to 3.3 million, beating a previous record of 695,000 in October 1982.  A record 3.3 million people filed claims for unemployment in the US last week as the Covid-19 pandemic shut down large parts of America’s economy and the full scale of the impact of the crisis began to emerge.

Experts warned of a “catastrophic unemployment crisis” after the labor department announced jobless claims filed by individuals seeking unemployment benefits rose by more than 3 million to 3.28 million from 281,000 the previous week. The figure is the highest ever reported, beating the previous record of 695,000 claims filed the week ending 2 October 1982.Patti Domm
DATE:  MAR 20 2020 CNBC.com: Jeff Cox from CNBC, predicts that: (1) The coronavirus crisis is likely to result in layoffs on a scale that the U.S. has never seen before, (2) Marriott International has announced it will cut thousands of workers, and similar moves are expected to be executed throughout the hospitality and food and beverage industries, (3) Home sales could fall by 35% annually this spring, compared with the last quarter of 2019, (4) Bank Of America says: Jobs will be lost, wealth will be destroyed and confidence depressed.
FACT: WHAT WOULD HAPPEN IF THE uS ECONOMY COLLAPSED?
Short Answer, you don't really want to know.  But for those of us who do want to know, Lord's Glory Ministry has put together statistics compared on what happened during the Great Depression vs now:

If the U.S. economy were to collapse, it would happen quickly. No one would predict it.  The surprise factor is, itself, one of the causes of a collapse.  The signs of imminent failure are difficult for most people to see.  Most recently, the U.S. economy almost collapsed on September 16, 2008.  That's the day the Reserve Primary Fund “broke the buck”—the value of the fund’s holdings dropped below $1 per share.  (1) Panicked investors withdrew billions from money market accounts where businesses keep cash to fund day-to-day operations.  (2)﻿ If withdrawals had gone on for even a week, and if the Fed and the U.S. government had not stepped in to shore up the financial sector, the entire economy would likely have ground to a halt.

Trucks would have stopped rolling, grocery stores would have run out of food, and businesses would have been forced to shut down. That's how close the U.S. economy came to a real collapse—and how vulnerable it is to another one.

What Would Happen If the U.S. Economy Collapses?
If the U.S. economy collapses, you would likely lose access to credit. Banks would close. Demand would outstrip supply of food, gas, and other necessities. If the collapse affected local governments and utilities, then water and electricity might no longer be available.

A U.S. economic collapse would create global panic. Demand for the dollar and U.S. Treasurys would plummet. Interest rates would skyrocket. Investors would rush to other currencies, such as the yuan, euro, or even gold. It would create not just inflation, but hyperinflation, as the dollar lost value to other currencies.
​
If you want to understand what life is like during a collapse, think back to the Great Depression. The stock market crashed on Black Thursday.  (3)﻿ By the following Tuesday, it was down 25%. Many investors lost their life savings that weekend.
​
By 1932, one out of four people was unemployed.  (4)﻿ Wages for those who still had jobs fell precipitously—manufacturing wages dropped 32% from 1929 to 1932.  (5)﻿ U.S. gross domestic product was cut nearly in half. Thousands of farmers and other unemployed workers moved to California and elsewhere in search of work. Two-and-a-half million people left the Midwestern Dust Bowl states.  (6)﻿ The Dow Jones Industrial Average didn't rebound to its pre-Crash level until 1954.

As a Christian Real Estate Investors Group, there are many benefits that individuals can take advantage of, such as:

1. Opportunity to work together with other hard working Christians.
2. Providing clean and safe environments for new home owners or tenants.
3. Helping the state of Arizona alleviate homelessness.
4. Generating a new source of income for yourself.
5. Tax Exemption on all property management and properties.
6. Work with Licensed Christian Real Estate Agents.

​We would like to hear from you on this subject.  If you or someone you know would like more information about this subject, please go to the full article on "The Tiny Home Movement" and use the Contact Us Form.

Climate Change - How Does It Affect You 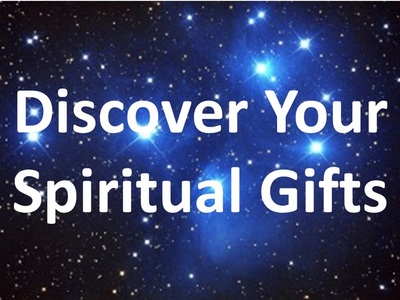 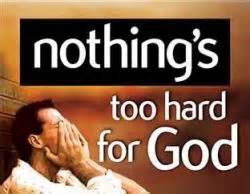 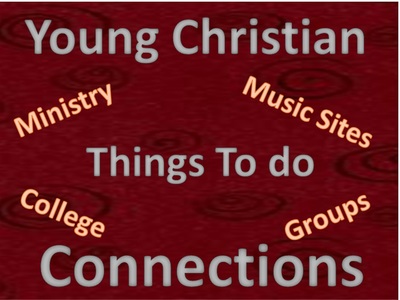